Responsibility in the supply chain and a new 'breed' of worker

In the last few years, the UK government has seen a major focus on ensuring complete transparency in supply chains. With newly implemented laws and regulations, such as; the Modern Slavery Act 2015, the National Living Wage and the Reporting on Payment Practices and Performance Regulations 2017, safeguarding responsibility in UK supply chains remains a high-priority area of focus.

A review of working practices in the UK has said companies should be required to report on their use of agency services. The review launch, with attendees including PM, Theresa May and Chief Executive of the Royal Society of Arts, Matthew Taylor, outlined 3 key areas of the 116-page review, including: tackling exploitation, increasing clarity in employment laws, and making laws fit with the UK’s industrial strategy. 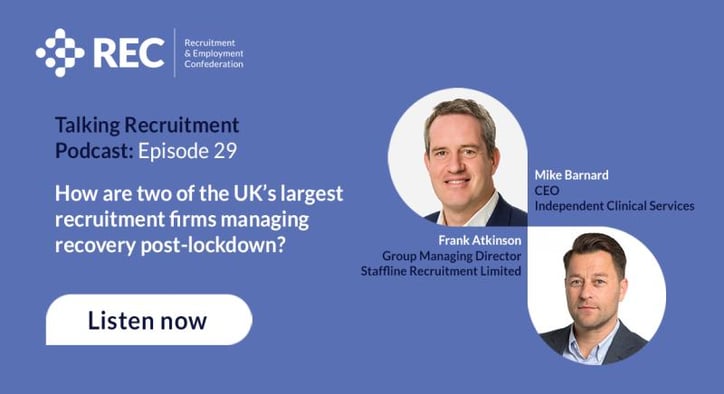 Theresa May, Prime Minister, speaking at the review of working practices launch

Matthew Taylor, an author of the review, payed particular attention to the proposed requirement for companies to report on the use of zero and short hour contracts and agency work in annual reports, including in their supply chains. This would most likely merge with the ‘Reporting on Payment Practices and Performance Regulations 2017’, introduced in April, which requires certain businesses to report on payment terms based on qualifying contracts.

The review also suggests that companies, of a certain size, should make public their model of employment and use of agency services beyond a certain threshold. This proposed idea derived as a means to ensure complete transparency for both suppliers and consumers. For example, consumers take decisions on when, how and what they purchase based on whether the real or perceived ‘ethics’ of a company fit their personal values, as well as on factors such as price. But very often company practices are not visible to the end-user. It is possible that customers would be more willing to pay a premium charge on the assurance that the worker involved is being treated fairly. 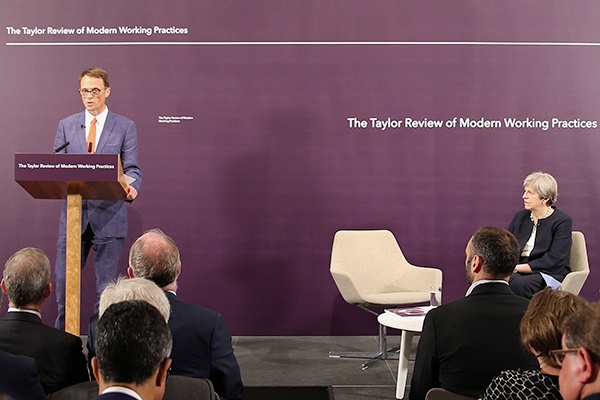 Matthew Taylor, Chief Executive of the Royal Society of Arts, and Theresa May, Prime Minister, at the launch

In order to combat the growing issues of unfair working practices in the gig economy, the review recommends the creation of a new class of worker called a “dependent contractor”, to describe people who are eligible for worker rights but are not employees.

This most-likely came as a derivative of Uber’s tribunal, in 2016, that ruled it’s workers as employees rather than self-employed, giving them the basic set of rights under the law, including: National Minimum Wage, a minimum level of paid holiday and rest breaks. This new proposed category of worker would enjoy the benefits of holiday pay and a minimum wage, whilst somewhat maintaining the levels of flexibility as a contractor. This proposed strategy would encourage the entry of workers in the gig economy, as two-in-five people polled in a survey by PwC stated that stronger employment rights would encourage them to try gig roles.