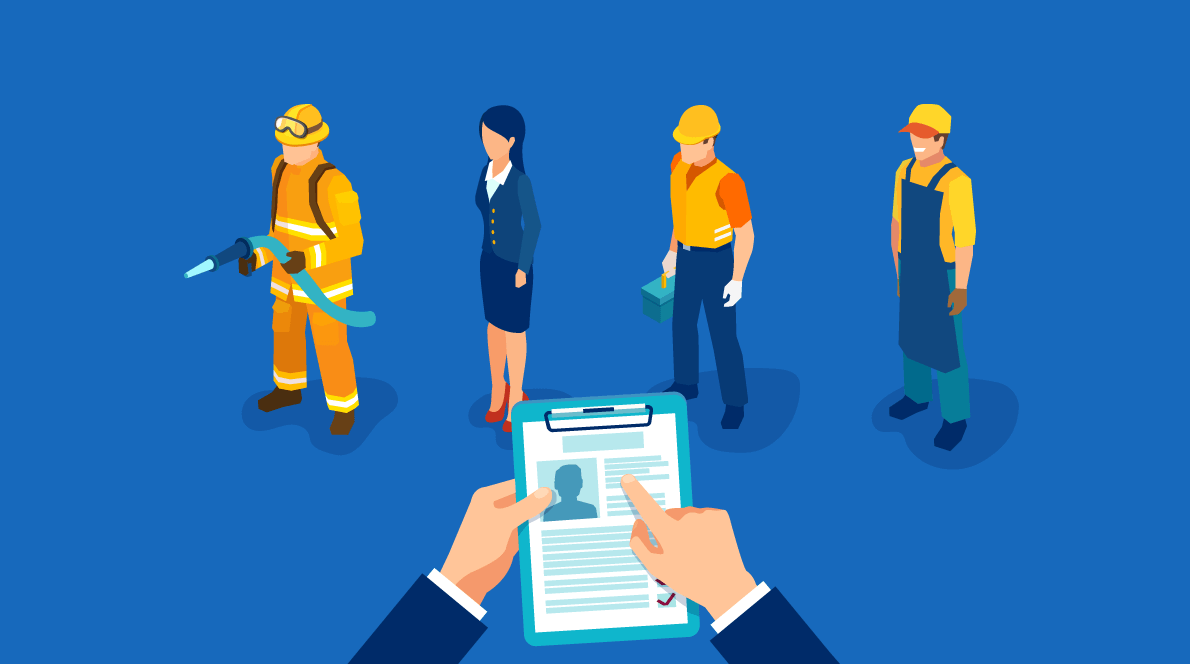 Empty supermarket shelves,  miles and miles of long queues for petrol, news about fruit and veg farmers giving away food for free and warnings of Christmas favourite foods shortages have been making headlines around the country for a few months now.

A combination of the pandemic and the introduction of new immigration rules after Brexit has left key industries suffering from intense shortages of workers. With the supply of candidates falling at a record pace, leading to a rapid increase of blue collar worker wages as firms scramble to fill vacancies left by immigrants from EU countries as well as the realisation that UK workers may lack the necessary skills to fill in certain vacancies such as HGV drivers, affecting entire supply chains in the UK.

As a consequence, companies desperate to attract staff amid a labour shortage are offering salaries that are more than double the UK average for the same or similar roles. As an example, lorry drivers can pick-up £78,000-per-year - almost as much as the average barrister and more than double the £32,500 average for HGV drivers in the UK. Fruit and vegetables pickers’ salaries are also on the rise with pay offers of £30+ per hour

According to the figures from the Recruitment & Employment Confederation (REC) in September, there were 1.9 million active job adverts currently active in the UK. The 1.9million figure is a new record high for the tracker, which started collecting data in January 2020.

The biggest surge in new jobs was in the care sector, where more than 55,000 new job adverts were posted during that period. There were also more than 30,000 adverts for chefs, sales assistants and primary school teachers as well as HGV drivers, fruit pickers and packers, etc.

Brexit and the pandemic have left many firms struggling to find workers leading to historic increases in blue collar wages. Some European workers have returned to their home countries. The latest ONS figures suggest the employment of EU nationals fell from 2.4m in Jan-Mar 2020 to 2.2m in April-June 2021.

It is understandable that many of these workers left the UK in the depths of the pandemic to move closer to family and where the cost of living is lower and where they do not require visas to work. Many European workers may have moved to other EU countries such as Germany. As the economy reopens, it seems hard to persuade many of these workers back to the UK. Presumably many of these workers have settled or pre-settled status and so are able to return; but maybe they don’t want to. Their reluctance is perhaps because Brexit has soured their view of life in the UK, or perhaps they believe they now have better options elsewhere.

By partnering with a technology driven RPO company, organisations have real time visibility and control which provide the foundation for effective management of a contingent workforce. Recruitment Process Outsourcing has emerged as a major new business service that helps organisations increase earnings per share, protect operating profit and free up more money to reinvest in the company, its technologies and growth. New technologies and RPO services now make spend and agency management simple across an entire organisation — not just a single cost centre.

If you’d like to know more on how Datum RPO can provide visibility and control to your labour spend, feel free to contact me on the details below:

Direct And Indirect Discrimination - Which One Will Land You In Court?
How is the Cost of Living Crisis Impacting Recruitment of Temporary Labour?
3 of the Best Options for Procuring Agency Workers
What Is Neurodiversity and Why Is It Important at Work?