Agency workers will not be considered for internal vacancies on the same terms as permanent employees.

An important recent ruling has set the tone for agency workers who apply for internal vacancies at the companies that they are working at.

In December 2020, The Employment Appeal Tribunal (EAT) held that agency workers are not entitled to apply for and be considered for vacancies on the same terms as directly recruited employees under the Agency Workers Regulations 2010 (AWR). 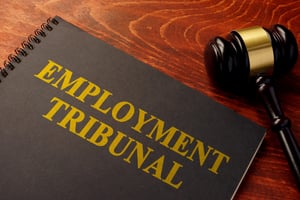 An Employment Tribunal case that dates 02/09/2019 UKEAT/0209/19/JOJ , The case in question is that of Angard Staffing Solutions Ltd & Anor v Kanor & Anor, in which the agency workers submitted a claim against Royal Mail as the company had stopped a group of workers from applying to internal vacancies.

The agency workers claimed that the company had breached Regulation 13 of the Agency Workers Regulations, as the regulation states that agency workers have the right to be notified by their hirer of any relevant vacant job posts and to provide them with the same opportunity as a comparable permanent worker of securing permanent employment with their hirer.

At the end of the case, the Employment Appeal Tribunal ruled that agency workers have the right to be informed by the hirer of vacancies but this does not mean that agency workers are entitled to apply for and be considered for internal vacancies on the same terms as permanent employees and as a result, Angard’s and Royal Mail’s appeal on this issue was allowed, as there were no breaches of the equal treatment provisions in relation to pay, entitlement to breaks or overtime by Angard and Royal Mail giving direct employees first refusal in relation to overtime opportunities.